Having been brought up by a Catholic mother and Jewish father my household was a truly unique place for a young girl to grow up in. My mum instilled Irish qualities in me to have thick skin, don’t think the world of yourself and to experience life for what it is. Whilst my dad assured me that the world is your oyster and everything you want in life is there for the taking. 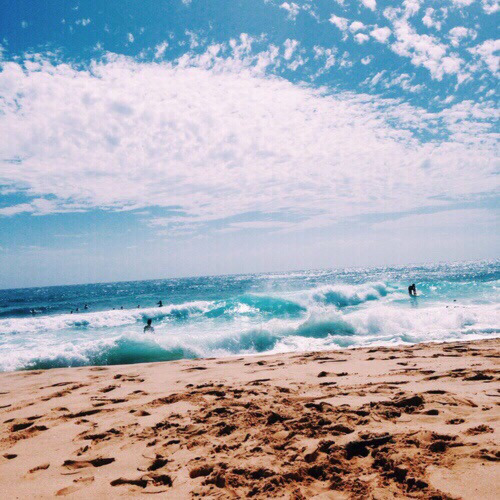 These are things I genuinely believe in today, and the combination of both cultures has resulted in me having what I think is a really positive but also realistic and grateful outlook on life. And from this perspective I want to talk about self confidence, personal securities and embracing who you are. I hear the phrases ‘who cares’ or ‘just do it’ a lot, in the sense that you should pursue your goals regardless of what anyone else thinks. And I honestly think that that is the best way to live your life. But that’s not so easy for a lot of people, and even though I try to live my life by that mantra, I too get moments of insecurity when I feel like I’m being critically judged and perhaps not fitting into society’s box of ‘cool’.

So lets set something straight, being cool, is being nice. It’s being accepting, welcoming, respectful and friendly. To everybody. And the thing is, anyone you meet in life who doesn’t fulfil those qualities are simply not completely secure in themselves. And funnily enough, those are the people you should be particularly nice to! Kill ’em with kindness as they say.

This world has enough judgemental people as it is so don’t be one of them.

… be a Spongebob, everybody loves Spongebob.

Every single person is moulded by a million different things, whether thats from the influence of our parents, events that we’ve experienced or even where we were born. Everything’s chance and nothing is permanent so try and be grateful for what you’ve got and use it to the best of your ability.

As you know, I’m into blogging, Instagramming (waiting for this to become an official verb), Snapchatting and You Tube. And I talk about fitness, health, positivity, motivation, travel and more, but it’s all centred around body confidence. So you might be able to imagine that people who don’t know me that well in everyday life feel like they’re in the justified position to criticise what I do and essentially gossip about it. Sure I could let it stop me from pursuing what I love, and I could potentially take other peoples negativity personally. But then again, why the hell would I?

Like I said above and like I could say a million times, negativity and criticism about something which brings someone happiness and is harmless to others, comes from personal insecurities. So what I’m trying to say is, don’t take it as a personal attack on you and whatever you do, and don’t let it stop you from being the happy bunny that you are. Whoever criticises you for doing what you love is most probably doing it because it doesn’t fit into their idea of ‘cool’. And it’s potentially because they haven’t found anything in their life yet which makes them want to jump out of bed yet. So rather than judging yourself because of other peoples negative comments, take it on the chin and just understand that they haven’t been lucky enough to find that yet. It’s not an excuse for you to be negative about that person but just allow it to open your eyes more about the situation.

And then, move the fuck on

Keep doing what you’re doing, whether that’s singing, blogging or solving Rubik’s cubes for all that matters. Keep progressing, keep meeting like-minded people, continue growing your craft and expanding your influence and for god’s sake whatever you do, SPREAD YOUR HAPPINESS. Because that my friends, is cool.

One thought on “How To: Be Cool and Overcome Judgement”