Berlin is a cool place, it’s artsy, trendy, grungy and sophisticated at the same time. If you’re into EDM (electronic dance music, I know I’m so down with the kids) then you’re gonna love it there. Berlin is still very much it’s own place mainly due to the fact the wall came down in ’89 so even though tourist spots have shot up it’s still not quite the marketing, money-making obsessed city that is London or New York. So I travelled just outside Berlin in July for a techno festival. Just let that sink in and then realise how cool I am. I’m just kidding, not about the techno festival part, I’m being deadly serious about that bit. My best friend and I decided that 4 days in a country we don’t really know listening to hardcore EDM in a tent would be a great idea. Don’t ask. All in all I’ve officially decided that camping and waking up to a vibrating bass isn’t my kind of thing, but hey, at least is was an experience. In case you are actually that cool and think this sounds like your cup of tea, or you’re working, your brains fried and you need an easy read – then keep on scrollin’ With all my reviewing I just want to let you know that what I’ve written below is from my personal experience and from my own point of view. There may be a lot more to what I’m saying, but I’m writing from the impression I got.

Having arrived in Berlin at about 3pm my friend and I had to kill roughly 5 hours before getting on a train from the city centre to ‘ZOB’ the bus terminal and then hop on a 2 hour coach travelling outside Berlin to wherever the festival was. Shit. I’m pretty bad at long, difficult travelling with a heavy non wheely bag. For some reason I decided that it would be a good idea to bring a huge duffle throw-over-your-shoulder bag with a handle so small that when I put it on my arm I had to keep checking I still had blood circulation. 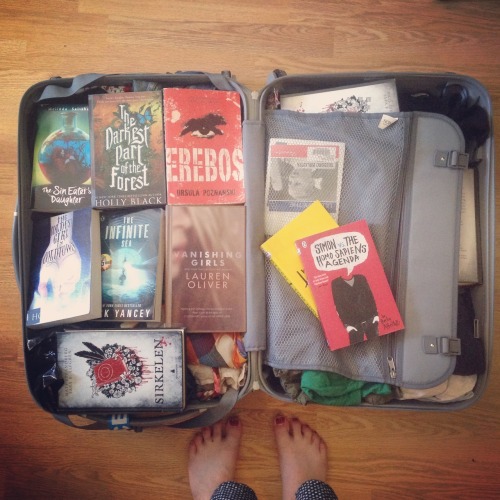 ^ This isn’t me, I don’t think I’ve read a book cover to cover in over 2 years. (A worrying statement considering I’m a History student.)

I’ll skip you the stress of the journey and fast forward you to arriving at Melt at 1am. One incredibly great thing which we discovered as we arrived is that they don’t check your bags as you come in so you can bring in… alcohol! Yes I thought that’s what you were thinking. So all in all it’s a pretty cheap experience with €135 ticket and a tax-free bottle of vodka and rum (thanks Duty Free) So by this point, I definitely felt confident that I was the festival-type, at least that’s what I thought before I had to confront my lack of scouts experience by setting up a tent… in the pouring rain, at night, in the cold, in the grass. Bleh.

Evidence that I survived the first night. Spot the ‘moly’ in the background!!

We had walked for a good hour before working out where our camping bit was (we invested €40 for camping plus, definitely recommend for the use of showers, toilets and a little breakfast spot). Don’t expect people at Melt to speak English because it’s definitely German-dominated, (I mentioned this festival was cool right?) During the day there is little to nothing to do there except eat, it’s a relatively small festival where all the camping is in one spot accompanied by about 15-20 different food caravan-things.

So unless you’ve got a group of people to chill with in the day, or you enjoy sleeping in the day, then expect to be a little bored. I was there with my best friend and we even felt the uhhhr ‘what to do’ feeling. Activities included a German (sometimes English) magician / comedian, a cubical-sized hut to put beads on string and a lake which you could go swimming in. Potentially.

I’m not gonna pretend I knew any name of anyone at the festival except Skepta. I know, it’s pretty poor on my part to have gone to a festival when I can’t even count the number of artists on one hand. That being said! If you’re prepared to get drunk and let lose amidst the hundreds of techno-lovers then you’ll have a blast. I definitely had a couple few hour long sessions of really great dancing which were complete with warm evenings and friendly company, so the nights were definitely fun here.

Eating at a festival

When I’m on holiday I tend to chill out with my eating because it’s generally too difficult to track macros. At a festival I’ll try and go for protein, mainly because I’ll most likely be drinking my carbs in beer and alcohol. There are always hacks which you can follow through in order to stay on track, like chucking away half of the burger bun, having no sauce, and going for vodka over wine. However, If I’m being honest, I actually don’t recommend doing that at all. And I’m not gonna pretend that that’s what I did. Oh no. At the end of the day, I’m a foodie, I love having a good time and I genuinely enjoy indulging myself whilst on holiday. Whilst at Melt I had everything from lamb burgers, ice cream, noodles and more, and I don’t regret any of it so try not to either. If someone offers you a beer, don’t torture yourself by saying no because of your fitness goals, if you want it then kick back and enjoy. That being said I don’t really like the taste of beer, but you get me.

For the longest time I wouldn’t ever go off track with my food habits because sadly, I was anxious that all my hard work would disappear. I’m just telling you now, that wont happen. If anything, allowing yourself to enjoy what you want will fuel you with more motivation once you’re back into your routine.

Back at it: post-Melt I found a gym in Berlin and started to slowly get back into my routine(ish)

So, all in all I’m definitely happy I tested myself by travelling somewhere I’ve never been before, I put up a tent in the rain, stayed there for 3 nights and had the opportunity to go to Berlin after. That being said, I definitely wont be heading to another festival anytime soon, at least not one where there’s not much to do. I’m a pretty active and busy person in everyday life so mooching around for 4 days eating and listening to techno just isn’t my kind of thing.